AD Architects designed the new maternity services building at Lister Hospital which was officially opened by the Queen in summer 2012. The building was Phase Two of the ‘Our Changing Hospitals’ programme for the East and North Hertfordshire NHS Trust, resulting from the masterplanning and development control strategy work undertaken for the Trust by AD Architects.

The maternity building, known as The Queen Elizabeth II Diamond Jubilee Building, was built under the NHS Procure21 framework. It has 20 delivery rooms of varying acuity and character.  There are two full theatres in a suite and high dependency recovery facilities.  The building has a midwifery-led and consultant-led service operating from self contained suites within the same unit.

The scheme unites the whole maternity service with a single signature entrance for both the new and refurbished areas. These include the neonatal unit NICU and SCBU, which has increased from 20 to 30 cots and cares for babies of a higher level of acuity. The new building achieved a BREEAM Excellent rating. 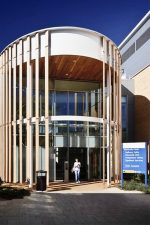 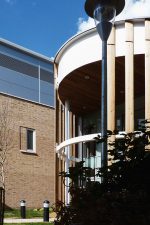 Speaking to the BBC in April 2011, Nick Carver, Chief Executive of the East and North Herts NHS Trust said:

"It's a wonderful new facility which stands in comparison with the best that the National Health Service or private sector can provide."